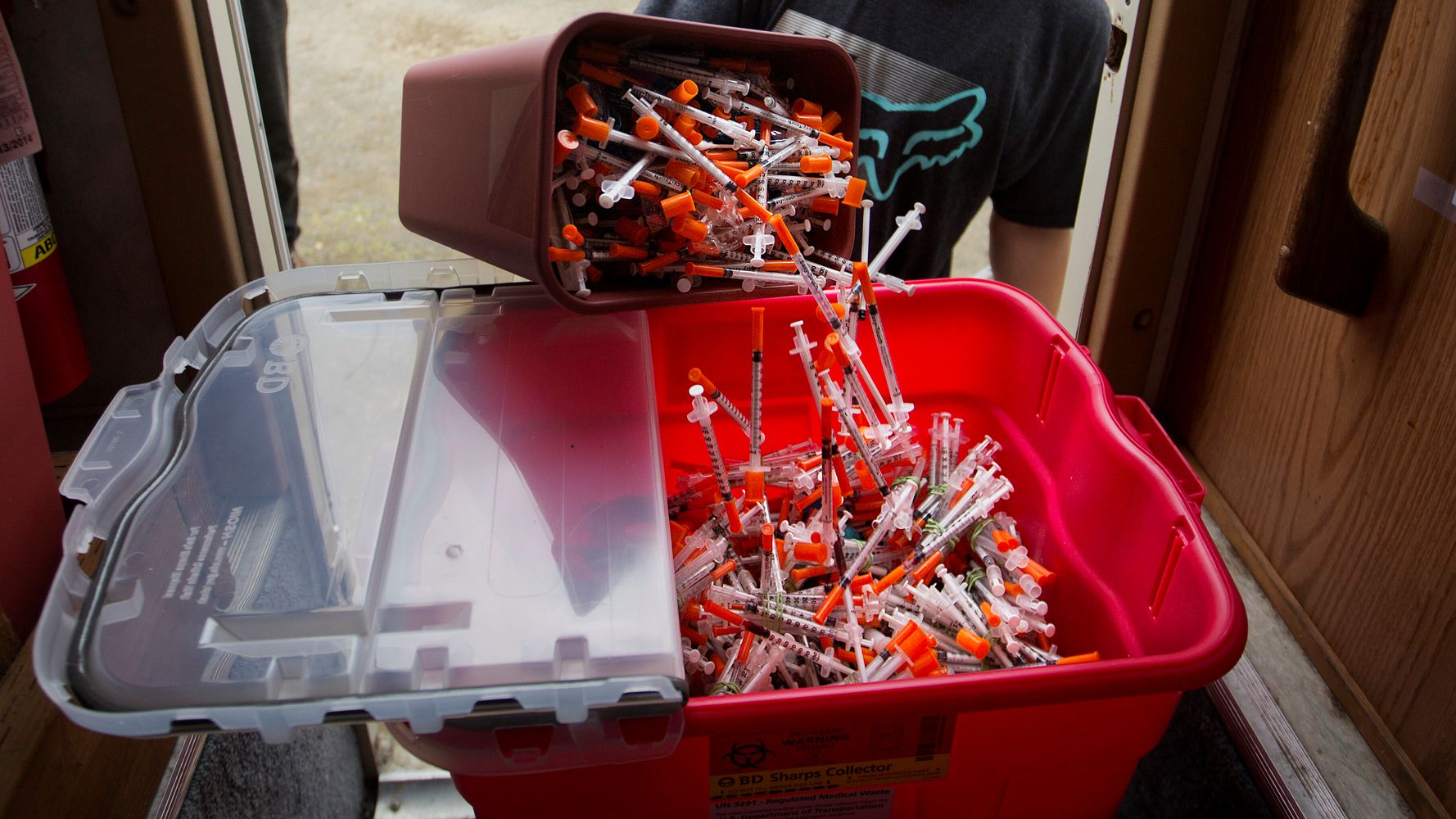 Trouble is, that’s precisely what the Commission on Combating Synthetic Opioid Trafficking suggests doing if this country wants to reduce the number of overdose deaths.

And Cotton was co-chair of that opioid commission, as pointed out by Philadelphia Inquirer editorial writer Abraham Gutman.

The Trump-era panel just put out its final report on Monday.

It states: “Harm-reduction services, such as syringe service programs (SSPs) and naloxone distribution programs, often serve as initial points of entry for long-term treatment by engaging with people who might not be ready for treatment and giving them lifesaving tools … intended to reduce the risk of an adverse outcome, such as overdose or infection.”

The GOP had been up in arms this week until the Biden administration backed down on a plan to include clean pipes in resource kits for drug users as part of evidence-backed efforts to combat the harmful effects of drug addiction.

Similarly, experts say that clean syringes can help reduce infections and save lives for people addicted to heroin amid the ongoing opioid epidemic. The Centers for Disease Control and Prevention even called syringe service programs “essential public health infrastructure” during the pandemic. As the report notes, harm reduction efforts provide a “nonstigmatizing opportunity to interact” with people experiencing addiction in order to eventually help them.

On Tuesday, Cotton released a statement praising the bipartisan commission’s work alongside his colleagues on the panel, Reps. David Trone (D-MD) and Fred Upton (R-Mich.) and Sen. Ed Markey (D-Mass.).

“The Commission’s informed proposals must serve as a roadmap for our country’s leadership, including Congress, to take swift, deliberate action in the months to come,” Cotton said, adding, “Let’s get to work.”

By Thursday, though, he appeared to sour on one of its informed proposals, tweeting “unfortunately,” the Department of Health and Human Services “is still proudly using your tax dollars to fund heroin syringes for drug addicts.”

He was citing a press release from Health and Human Services Secretary Xavier Becerra, which outlined a number of efforts the administration was still committed to funding, like naloxone and fentanyl test strips ― which are also discussed in the opioid commission’s final report.

Cotton’s office did not immediately return a request for comment.

Rudy Giuliani says the January 6 committee is ‘illegal’ and ‘can’t subpoena anybody,’ — after being subpoenaed himself